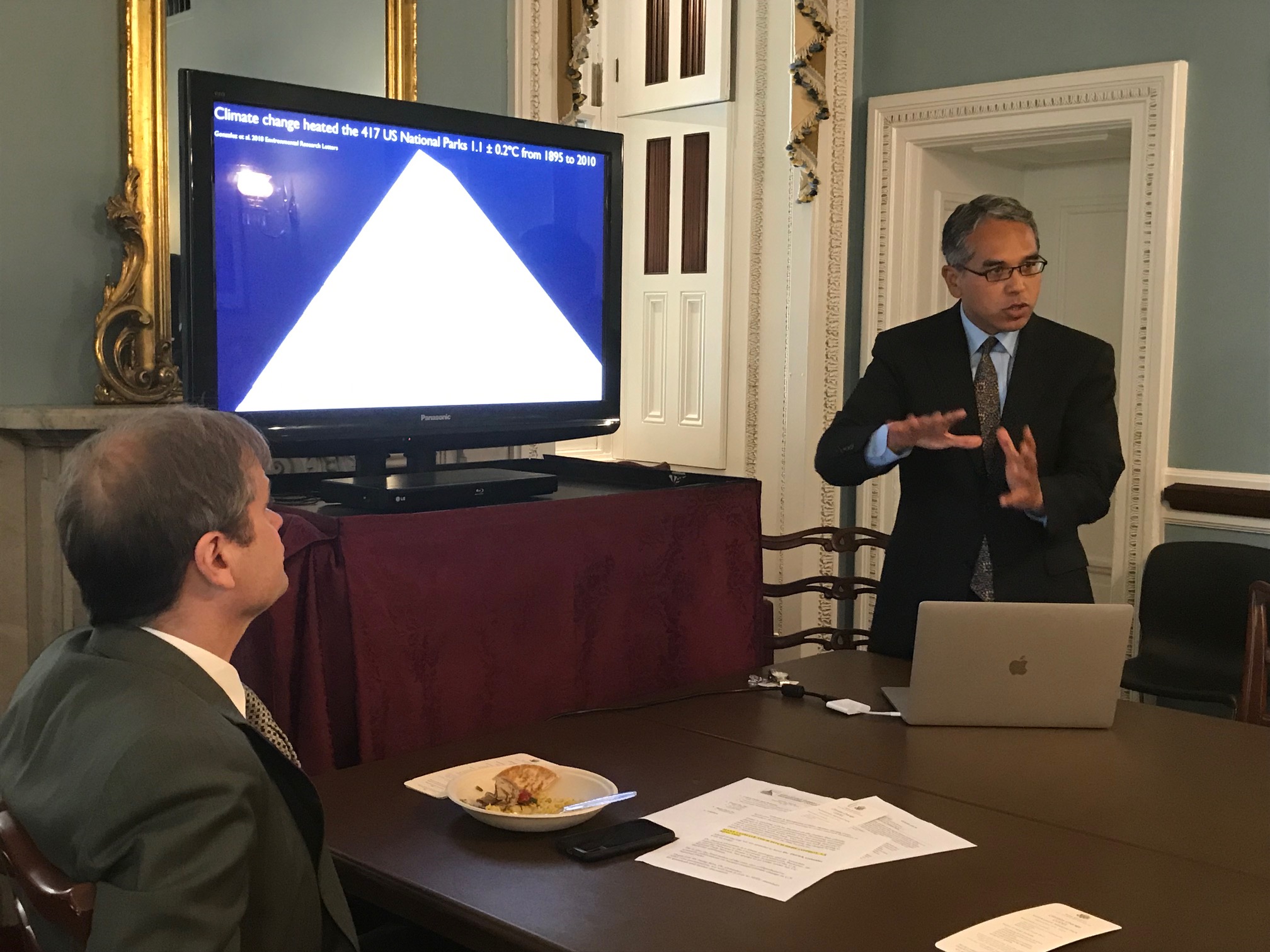 University of California, Berkeley, scientist Patrick Gonzalez spoke to the U.S. Congress last week on impacts and solutions to human-caused climate change in national parks. Dr. Gonzalez is a faculty affiliate of the Institute for Parks, People, and Biodiversity and an Associate Adjunct Professor in the Department of Environmental Science, Policy, and Management. He spoke on June 20, 2019, to the U.S. House of Representatives Sustainable Energy and Environment Coalition, returning after his testimony in February to the House Natural Resources Committee.

Dr. Gonzalez discussed his research results on the disproportionate exposure of U.S. national parks to hotter and drier conditions and the increased wildfire, melting glaciers, and shifts of biomes and wildlife driven by human-caused climate change. He also reviewed how meeting the Paris Agreement goals could reduce projected heating in national parks by two-thirds and reduce risks of species extinctions and severe wildfire. Members of Congress asked questions on how to integrate these scientific findings into specific legislation and policy.

RT @MicheledeNevers: @auffhammer is excited about the new paper by @NatureAtCal 's @DavidAnthoff and many others on updates to the social c…

Recent research by Professor @cschell_canids addresses the need to integrate environmental justice into "One Health… https://t.co/Th3Etgkiwh