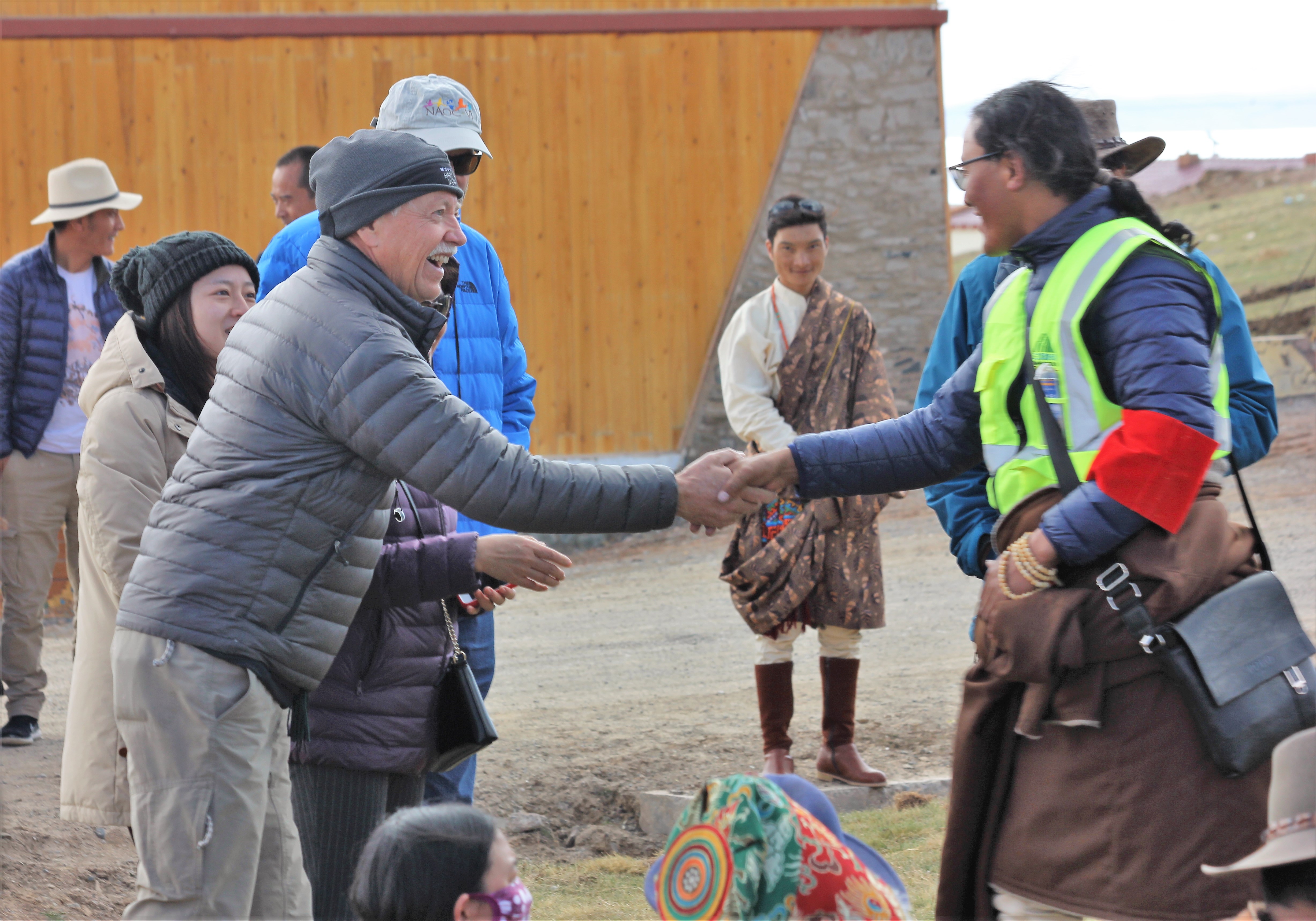 Over two weeks, with funding from the Paulson Institute, Institute Executive Director Jon Jarvis led an interdisciplinary team to China to evaluate their efforts to establish a National Park system.  Accompanying ED Jarvis were UC Berkeley Professor Steve Beissinger and recent UCB Master’s graduate Thea Yang.  Also as a part of the team were two former National Park Service employees Doug Morris and Keith Dunbar, both with distinguished careers in park management and planning, two employees of the Paulson Institute, Rose Nui and Lucy Yu, and Travis Winn, an American citizen who has been living in China for 10 years, leading river rafting trips. National Park Service International Affairs Specialist for Asia, Rudy D’Alessandro was our “official US Government” representative. We were accompanied by two important Chinese officials: Madame Du Jinmei, the Deputy Division Chief, International Cooperation Center, Ministry of Ecology and Environment, and Mr. Tian Junliang, the Deputy Director of the Sanjiangyuan Pilot National Park. We had four members of the team who were fluent in Mandarin and English.

After a brief orientation in Beijing, we flew to Xining, the provincial capital of Qinghai Province. From there we traveled in four vehicles for eight days, covering over 3000 KM, with an average altitude of 4000 m (one pass was at 5000m). The 123,000 square kilometer (30 million acres) Sanjiangyuan Pilot National Park is the headwaters of three major rivers:  the Yellow, the Yangtze and the Mekong which serve at least 900 million people downstream. The area is sparsely populated, mostly nomadic Tibetan yak herders with small remote villages. Known as the “third pole” it is cold, dry, and high elevation. It is beautiful country, with most of the species of wildlife still resident.  We saw antelope, gazelles, griffins, hawks, wild donkeys, white lipped deer, foxes and one lone wolf. We did not see a snow leopard.  There are vast wetlands, high mountains, glaciers and roaring rivers.

We attended at least a dozen meetings with local officials and heard both their vision for the pilot park and their concerns.  We noted a lot of really positive efforts and also some things that are concerning regarding the conflict between development and conservation.  This effort to establish a national park system as a part of President Xi’s “eco-civilization” and “beautiful China” and the local governments have gotten the message. Making it work is the hard part, and they were all eager to hear from us on our experiences with national parks in the US and around the world.

We closed out with a full day meeting in Beijing with over 20 officials, reporting on our findings and observations. The team unanimously recommends that Sanjiangyuan become China’s first National Park under the new program, as it has world class resources, both natural and cultural.  An important component is the embracing of the Tibetan culture and belief system in Sanjiangyuan as a part of its stewardship, capitalizing on the Tibetan respect for all life.

Based on this experience, ED Jarvis has confidence that this effort to create a national park system in China is quite serious and has the support at the very top of the Government. The Institute for Parks, People and Biodiversity has the opportunity to build a program of conservation of national parks that will foster national pride in China, putting conservation of their parks in every classroom and potentially affecting the biodiversity of China as well as the planet. 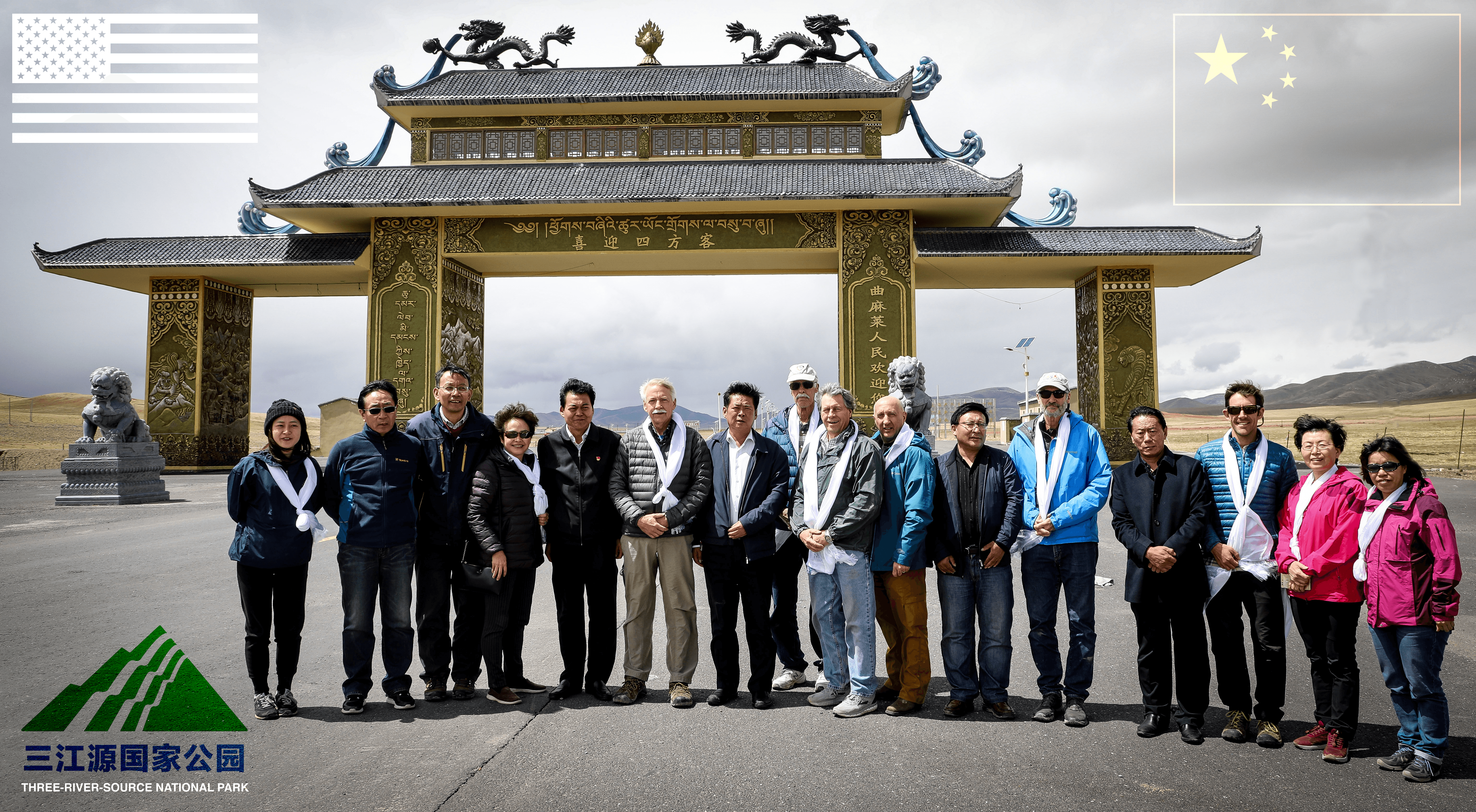 RT @ERGBerkeley: A huge congratulations to our very own ERG PhD student Jose Lara who has been named as part of the @SiebelScholars 2021 cl…

What are #carbon offsets? @ERGBerkeley alumna and @GoldmanSchool researcher Barbara Haya answers in a… https://t.co/DyuxpFW82j